A is for Airplane

Today's theme was airplanes. Airplanes are one of Alex's favorite things, so he happy to participate. We did a couple of worksheets from kidzpark.com, a airplane tracing worksheet 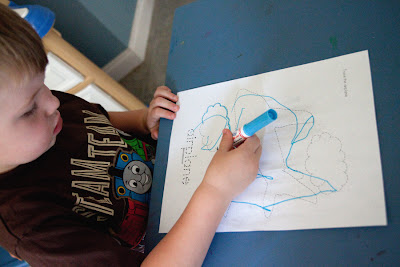 and a matching game with different styles of airplanes. Alex really like this and wanted to repeat it multiple times. 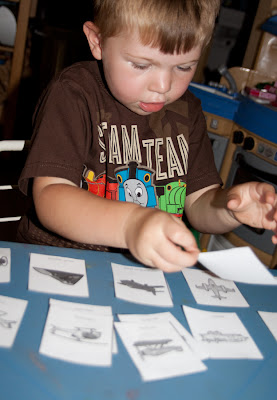 He also practiced writing the letter "A" on a little dry erase board. He drew a family portrait too. 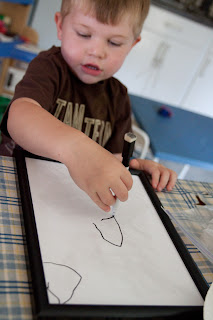 After he traced his airplane worksheet I cut out the airplane. I mounted it to a piece of cardboard to make it sturdier and then we cut out people (a robot and monkey too) from a magazine that he wanted to ride on the airplane. Alex like to try to cut, but the magazine paper was too thin and slippery that it wasn't working for him. I had to do it. He glued all the pictures onto the airplane. 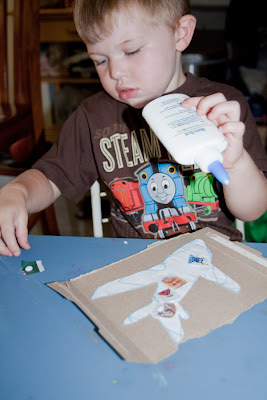 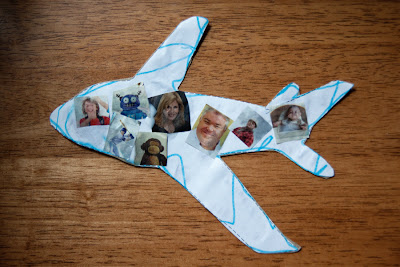 It was such a gorgeous day we moved the rest of our activities outside. I had seen the idea for a balloon rocket on A Little Learning For Two's blog, I decided that we would try it with our airplane instead. It was a success and Alex loved it.

A Little Learning For Two's blog explains it very well. The idea was to a tie at string between to objects. Attach the airplane to a drinking straw, then thread the string through the straw. Blow up a balloon, don't tie it. Tape the balloon to the airplane and straw, let go and your airplane takes off down the string. Alex thought the sound the balloon made was so funny. 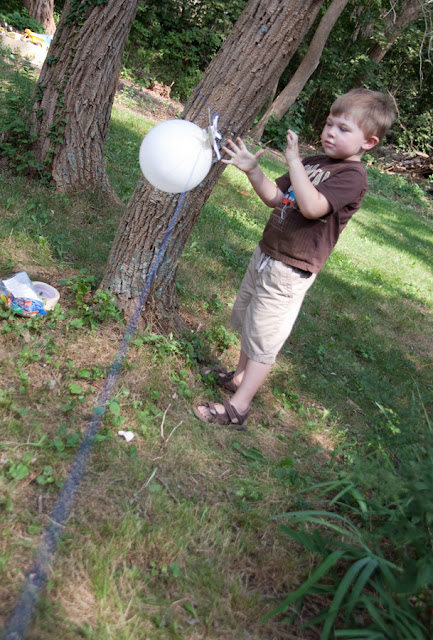 The other activity we did today was paint an airplane. I purchased a white styrofoam airplane from the Dollar Tree, I thought it would be fun to let Alex paint it. Alex is pretty good at naming his colors but it was a good review. 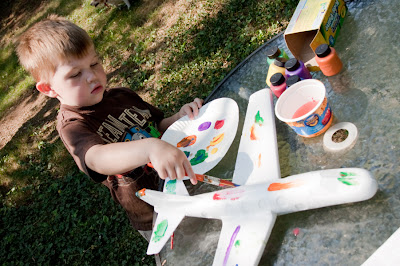 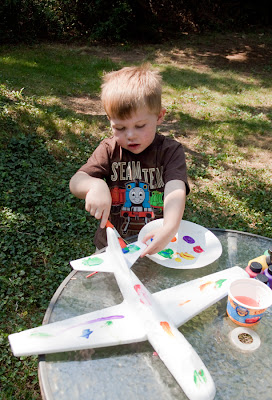 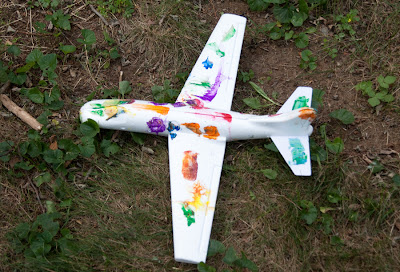 When the paint was dry he had a blast flying it. 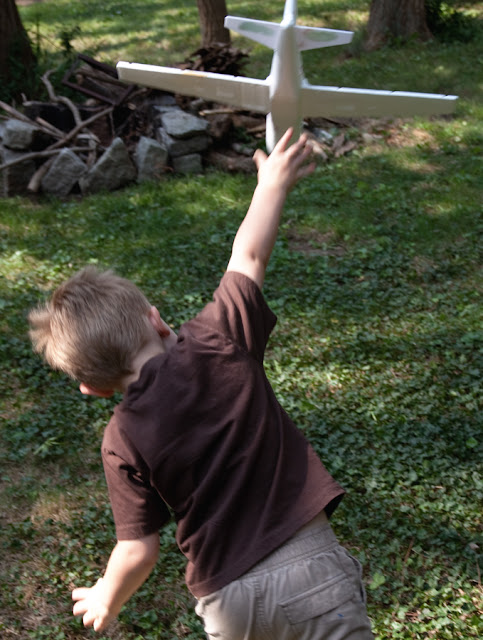 After a while he decided he was going to be an airplane too. 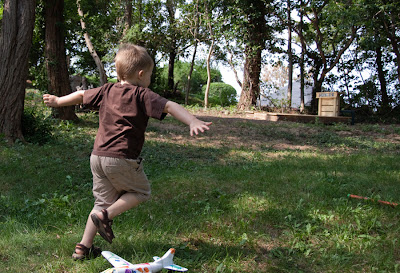 For a snack I made him a banana airplane with apple slice wings, cheerio and graham cracker windows and it was flying through a marshmallow cloud. 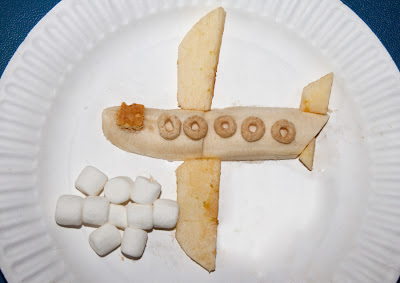 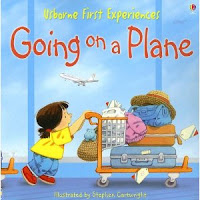 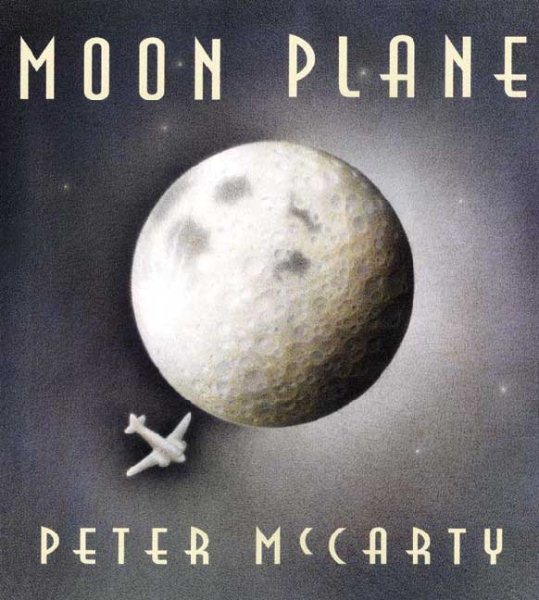 Later in the evening Alex had fun doing the letter "A" alphabet game on Starfall.com
Posted by EmilyM at 8:19 PM

Email ThisBlogThis!Share to TwitterShare to FacebookShare to Pinterest
Labels: Airplane, alphabet, Letter A, story and a craft

EmilyM
United States
I am a wife and mommy and love spending time with my family. I am currently studying to be an early childhood educator. I love teaching and doing crafts with my little man. I also love taking photos. This blog is about a little from all of the above.

We would be glad to answer any questions you may have or to review products. Please contact us at:

Our Favorite Blogs and Linky Parties 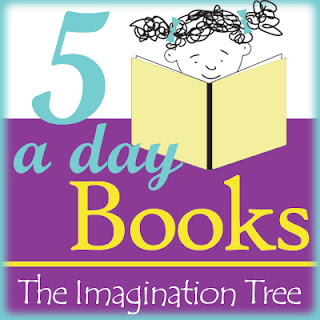